Jermaine Browne is a well known and sought-after Choreographer, Artistic Director, Movement Coach, Teacher and Model. His international appeal in the world of artistic production is rooted in his undeniable ingenuity which gracefully blends powerful movement with emotionally driven sensuality. This signature style has paved the way for an illustrious career boasted by a roster of celebrity clients, fashion powerhouses, and some of the world’s top commercial brands.

Jermaine’s career took off after he was discovered as a performer in a Blockbuster/Visa commercial with Cindy Crawford. This led to other commercial work with brands such as the Gap, Nike and Toyota. Soon after Jermaine was hired to choreograph music videos for Christina Aguilera’s “Genie in a Bottle” and Jennifer Lopez’s “Love Don’t Cost a Thing”, success in music videos presented Jermaine with additional opportunities. By 2005, he was contributing to the European MTV Music Awards, including the holographic performance of the Gorillas, and host, Borat.

The Jermaine Browne style has captivated the attention of celebrity fashion designers around the world. He was recruited to choreograph and direct short films for global fashion houses, and designers Marc Bouwer and Rachel Roy. The Rachel Roy’s Spring 2011 video look book Jermaine worked on was awarded Best Film at La Jolla Fashion Film Awards. Soon after, Browne collaborated with fashion designer Dominic Louis to develop a fashion line inspired by dance. The 15-piece capsule collection is an extension of his inventive stance toward a life committed to dance, movement and creativity. Most recently, Browne choreographed the Carolina Herrara Fashion Film and Spring 2014 campaign.

Jermaine has worked as a movement coach for Emily Blunt, Kate Hudson, and rock icon Mick Jagger. His movement direction can also be viewed on the Victoria’s Secret Fashion runway where he has been the reoccurring show and supervising choreographer for over eight years.

Known for his ability to cultivate power productions, Browne’s unique vision has ushered in collaborations such as the Leona Lewis’ UK Labyrinth Tour. By 2012, Jermaine was lending his talents to the Olympic Games held in London, England. Jermaine curated artistic pieces for the opening ceremonies of the tennis tournaments, the basketball final’s half time show and finally, the Kellogg’s Tour of Gymnastics Champions with USA Gold medal winner Gabby Douglas. More recently, Browne’s palette has expanded to choreographing for artists on television, having worked with Jermaine Paul for NBC’s The Voice. He also choreographed Ella Henderson’s performance on Sunday Night at The London Palladium, R&B singer Kem’s Good Morning America performances, and is currently choreographing for Grammy award winner Jennifer Hudson.

Committed to developing the artistry in others, Jermaine’s work has branched out to Asia where he is working with brands such as Youth Square and I Dance. Further, Jermaine embarked on the opportunity of being a Movement Coach, Mentor and Co-Creative Director. He recently worked on a Direct TV performance for Jennifer Lopez, then choreographed two commercials in the UK for Automobile Dacia and fashion brand, Saintbury & Tu Clothing. There is no limit to Jermaine Browne’s ingenuity, he continues to push himself and his clients to new artistic heights! 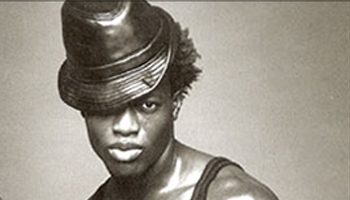